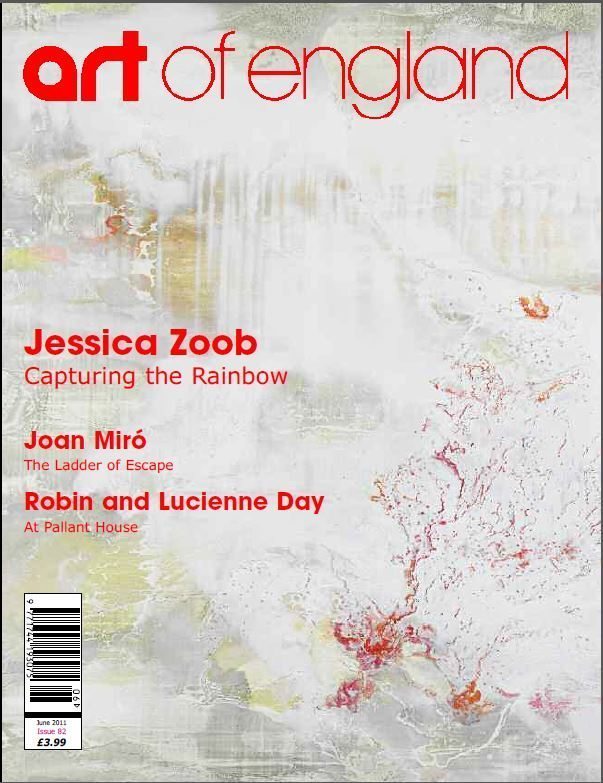 In April I wrote about my first interview, ‘Cool, Calm and Collected’ with the wonderful  Helen Chislett for the Art of England magazine.

My second interview with Helen was in 2011 before my Adrenalin Collection went on show at the Great Room 1508, London.

My Adrenalin Collection was the first opportunity to see what I could create when I really went BIG!

Adrenalin comprises 30  paintings in total, some of them measuring as much as 2.4m high. So big are they that it was not always physically possible for canvas to take the weight of the paint, so Zoob had bespoke aluminium boards made for three of the series: Contemplation, Anticipation and the epic Exhilaration (a story in five parts which is 10 metres in total width). 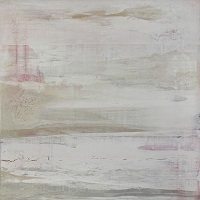 Helen as ever understood this collection completely and here is the rest of her beautiful piece about it:

The impact of Adrenalin does not rest solely with size. It is the sense of stillness mixed with raw power, the yin within the yang. These are paintings that sometimes seem to be on the point of exploding with inner forces and yet are frozen in that moment. Zoob herself says she wanted to create something almost paradoxical: “They are massively energetic but also really quiet – sometimes it is the quietest person in the room that is the one most worth listening to – I didn’t want these works to shout, but I did want them to be really, really strong”.

She has wanted to work on a large scale for some time now, but admits she under-rated the complexity of doing so: “Painting something twice as large as you have done before is not twice the work, it is about eight times as difficult. When you scale up, exponentially it is harder in every way. But when you feel you are winning, it is the most exciting feeling in the world”.

There is hard physical sweat and tears involved in the creation of these paintings. Take Exhilaration. Each of the five canvases is laid on a wooden trolley, made to Zoob’s specifications, and clamped together into one continuous unit. This is important because they are created as one piece, not five. Zoob produces her almost archaeological, deeply layered technique by pouring paint over all the series and then working it into the surface using bladed wooden tools of different sizes, again made to her own design. Paintings start off by zinging with vivid, punchy colour, but white liquid glazes are then applied, allowing shocks of bright colour to break through the wash like sun after a storm. As the layers are built up and scraped back over the weeks and months – both brights and whites – she continues her process of working some parts in intricate detail and others in a free-flowing, loose style.  Crushed mixed media, such as gesso, sand and crushed glass, are sometimes used to add additional layers of interest and beauty. After each layer, the paintings are stood vertically against the wall while she assesses the impact, then re-clamped back onto the trolleys for the next application of paint. Exhilaration had her racing from one end of the studio the other as she poured paint in continuous lines over each of the five boards, then frantically worked it into the surface before it began to dry. It is not only physically demanding work, but expensive to boot: “Every time you pull a colour over a series like that, it is about £1000 worth of paint and most of it ends up on the floor. But if you don’t work in that way, there would be judders in the final work. You have to be prepared to lose huge amounts of what you have created in order to get the whole thing to work as one. If I love four of the canvases and not the fifth, it is not a question of just revisiting the fifth – it is a question of obliterating stuff I love in order to re-work all five. You are constantly making sacrifices in order for the whole thing to come together”.

Not that there is any sign of stress, strain or exhaustion in the finished work. These are paintings that appear to simply have happened – to be no more contrived than a cloud formation or a pebble. “I don’t want people to notice the method or technique”, says Zoob, “what I am trying to do is create something that appears absolutely simple, although of course in reality that is the hardest thing to do. I want people to feel rested when they look at my work – to wander through these worlds and explore the magic that is here. These canvases change so much according to light – it is as though they are giving out their secrets”.

Some of these paintings have been eight years in the making – others are far more recent. However, together they represent a coming of age for Zoob. It is ten years since she gave up a successful career in theatre design to become a full-time painter and she feels Adrenalin is in many ways a summation of a decade’s worth of experience and exploration: “This collection has been like pushing boulders up a mountain. It is not a grind, because it is such a wonderful experience, but it has been very physically and emotionally charged. Sometimes I have come away from the studio in tears because I have had to destroy something I know I can never get back and it is heart-breaking. At other times, I have been overwhelmed with euphoria. It is such an emotional roller-coaster.”